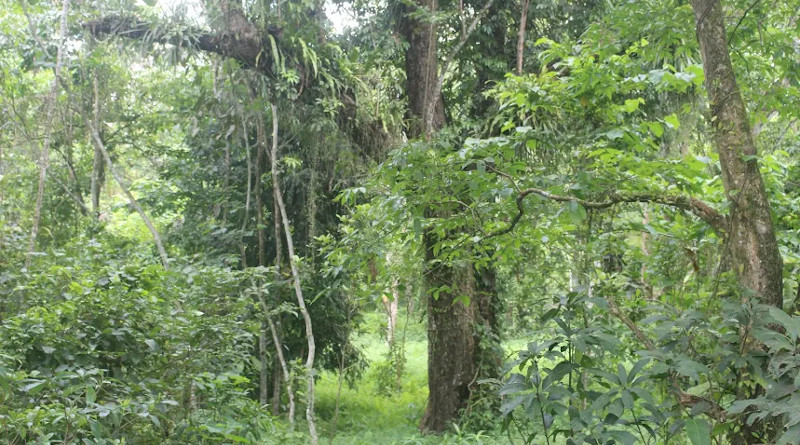 Suddenly  an uprising in social media emerged, which was later followed by mainstream media outlets for safeguarding a reserved sanctuary from the opencast mining for coal. Campaigners raised voices against the Centre’s approval for mining inside the Dehing Patkai Wildlife Sanctuary.

However, an influential conservation group came out with strong statements that the movement was not based on facts, as there was no mining inside the sanctuary, which was later authenticated by the State government in Dispur too.

Earlier, a good number of environmental enthusiasts, celebrities, social activists, journalists came out with the demand to preserve the sanctuary through their posts in Instagram, Facebook, Twitter, etc. They tried to convince the people that the sanctuary is in danger because of the proposed mining as it would make a negative impact on the bio diversity, water and land resources and even the ethnic communities living there for centuries.

The campaigners with various inputs asserted that the Union environment and forest ministry permitted coal mining in the sanctuary, where as the process was related to a proposed reserved forest at Saleki under the designated Dehing Patkai Elephant Reserve, which is not protected under the wildlife protection acts. Dehing Patkai sanctuary is far away from the Saleki reserved area, where the coal mining has been going on since 1884.

Not only the local or national defenders of nature, including politicians, student leader, non-government organization functionaries, etc, but global bodies like the Indigenous Peoples Movement for Self-Determination and Liberation (IPMSDL) also joined in the chorus.

Dehing Patkai’s delicate ecosystem on the southern bank of mighty Brahmaputra river was declared as an elephant reserve. Lying under the Eastern Himalayas and the Indo-Burma global biodiversity hotspots, the rainforest is also known as Amazon of the East. Campaigners argued that when Amazon forests in Brazil were burning, the international community wept and expressed their concern for the nature, but now only a few people are reacting to  Dehing Patkai’s fate.

Even though India emerges as the world’s fourth-largest coal producer, the forum called on the executive authorities, concerned companies with others for respecting the recognized process to exploit the natural resources. It also appealed everyone to stand up for defending the right to self-determination and rich cultural heritage of Tai, Tibet-Burmese ethnic communities, Tea tribe people, etc with coal mining practices.

As everything was murky, Soumyadeep Datta, a dedicated environmental activist, came out with strong revelation that there was no mining activity inside the sanctuary and it was completely safe. Dispur also clarified the matter to the people. Ashoka fellow Datta, who leads conservation group Nature’s Beckon, asserted that some groups were misleading the people with wrong information about the coal mining operations inside the sanctuary.

The campaign to save the sanctuary slowly drew the attention of public and various motivated elements tried to extract benefits out of the situation. Illegal miners, opposition party leaders, anti-BJP clouts, motivated media persons tried their best to manufacture an uprising.

One can see many individuals, who made a failed attempt for a sustainable public uproar against CAA, came together to corner the government with an environmental issue.

Nature’s Beckon lately reiterated its old demand to declare 500 sq km area of contiguous rainforests as protected reserve forest. The conservation group, which has published several books like ‘Rainforests of Assam’, ‘Dihing Patkai Abhyaranya’, ‘Namchangor Antespur’ with thousands of awareness brochures, requested State chief minister Sarbananda Sonowal to include the remaining and adjoining area of contiguous rainforest under the domain of the Dehing Patkai sanctuary.

Patriotic People’s Front Assam (PPFA), a forum of nationalists, endorsed the demand for expanding the area of Dehing Patkai sanctuary covering most of the forest covers under the elephant reserve.

Supporting the proposal of Soumyadeep Datta, PPFA claimed in a media statement that the initiative would not only protect the entire rainforest area, buy also prevent motivated elements from extracting undue mileage over the issue.

Home » Media Uproar For Amazon Of The East – OpEd