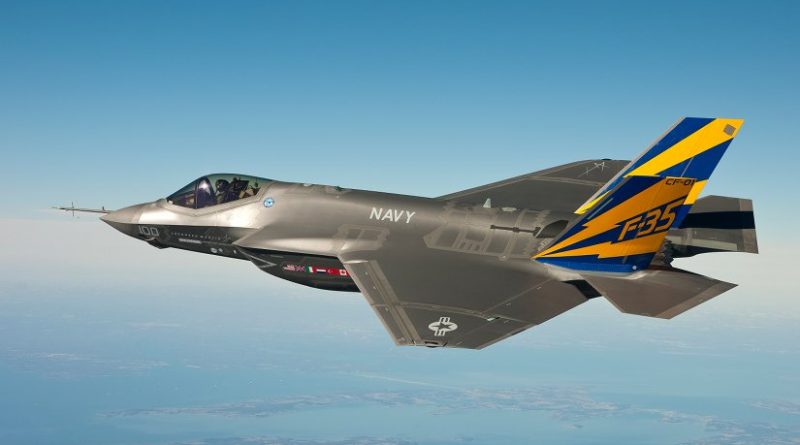 In remarks to the National Aeronautics Association, Navy Vice Adm. David Venlet said that although changes made to the program in January extended flight testing and slowed development by about a year at an additional cost of $4.6 billion, the program has made progress over the past year.

“We’re not spending that amount of money in one year, but it’s the added content across the years to (2016) that consume the $4.6 billion,” Admiral Venlet said. “We have no doubts that achieving fairly high rates of production is obtainable, but it’s going to take some discipline on the way.”

“There’s no change after (the Feb. 14 budget) announcement, and I believe I’ve got a very stable requirement,” said Admiral Venlet, who has led the program since May. “We have not changed our inventory objectives.”

The right plan is in place to ensure the program is efficient in terms of cost-savings and production, he added, noting that the program has undergone an intense technical review under his watch.

The latest restructuring, he said, was realistic, achievable and based on deep assessments of all aspects of the program.

“Previous plans had shortcomings, but this plan is very resilient,” he said. “The plan has been able to overcome spotty parts shortages, engine delivery problems, (and) it absorbed snow days where weather shut down production in the Dallas-Fort Worth area.”

Admiral Venlet said he has instituted more testing, increasing the number of hours and flights that test pilots fly, having recently increased the mandated number of test flights through fiscal 2016 from 5,800 to 7,700.

He’s confident, he said, that the additional $4.6 billion will hold up, as development and testing concludes in 2016.

Competition for the F-35 contract began in 1996. The $200 billion contract was awarded to Lockheed-Martin in October 2001, and the program immediately went into a 10-year testing and development phase.