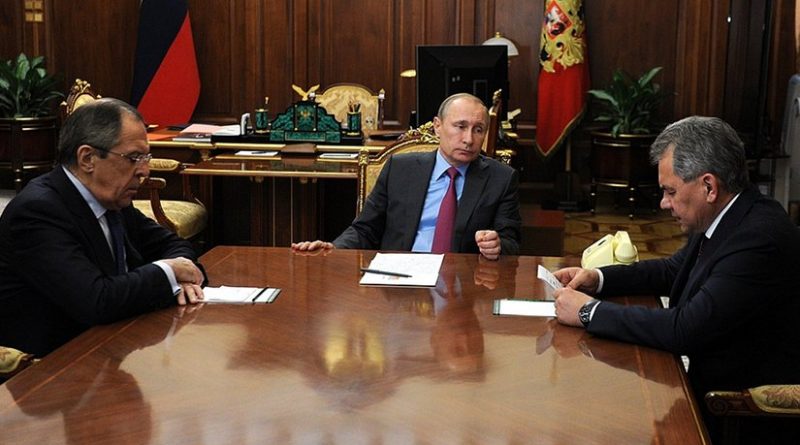 Around 24 hours after Russian ambassador to Turkey Andrei Karlov was assassinated at an art exhibition in Ankara, the foreign ministers of Russia, Iran, and Turkey met in Moscow to discuss the agenda for greater cooperation in the Syria crisis. While the trilateral cooperation may be an effective way to settle the crisis, questions still loom on how the troika alliance can come to a political solution with marginalized US intervention in the negotiations.

Russian Foreign Minister Sergey Lavrov has described the steps the troika alliance should take in fighting against the Islamic State and the Al-Nusra Front: “Russia, Iran, and Turkey have been recently taking coordinated steps that have allowed for the safe evacuation of the majority of the civilian population from eastern Aleppo with support of the International Committee of the Red Cross and the World Health Organization.”

The three capitals Moscow, Ankara, and Tehran passed the Moscow Declaration to design a ceasefire after five consecutive years of Syria’s Civil War. According to Russian Defense Minister Sergei Shoigu, the goal of the Moscow Declaration, “was to achieve a ceasefire in Syria’s five-year-old civil war which has killed more than 400,000, displaced more than 10 million and led to a refugee crisis in Europe that has destabilized governments.”

During the meetings, all three foreign ministers said they remain committed to a political solution, but this will be very difficult over the long run especially with more western interference.

Russia’s role in Syria is to increase security and rejuvenate the Syrian economy, but Russia wants other nations to take a stance on their ambitions.

Throughout the Syria Crisis, Turkey’s objectives have been aligned with the West in overthrowing Assad, but with the failed coup in July, Turkish officials have found common ground with the Russians and the Iranians on finding a political solution. Russia could be the glue that helps both Turkey and Iran adopt a pragmatic approach within the region in the interests of defeating terrorism, the principle threat to the global community.

The worry coming from the United States after these trilateral negotiations is how the balance of power can change in Syria. The troika alliance could possibly challenge the Western hegemony in the region and counter Western interests such as bringing in more humanitarian aid, destroying oil fields and blocking safe havens for refugees escaping the crisis. The United States and the seventy-member coalition still remains engaged in a political solution and State Department Spokesman John Kirby had stated that the United States denies, “the U.S. role as the indispensable power in the Middle East had been diminished or replaced by Russia and it new allies.”

The west may be on the sidelines of the recently ratified Moscow Declaration, but these trilateral negotiations will not put an end to the Syria civil war once and for all. The United States must act as a diplomatic leader and role model for the global community. This means that the U.S. must accept the roles other countries are playing as well, and this does include accepting the troika alliance.

The troika alliance is tired of five years of civil war in Syria and they are now addressing the crisis without any help from the west and its regional actors. This trilateral alliance may not entirely find a political solution to the situation in Syria, but at least they are making some type of progress on talking and taking a similar stance on finding reasonable solutions to the crisis.

Former US Ambassador to NATO Nicholas Burns stated that the United states influence in the Middle East is dwindling, even though the U.S. still remains heavily engaged in the region, now that they have been absent from the talks in Moscow; “We were the dominant diplomatic power. Now, we’re not even at the table.” The West and the actors that support the Assad regime might not see eye to eye, but the common enemy is Islamist terrorism, and this should be the main objective for both sides.

*Vincent Lofaso, Research Associate at the Council on Hemispheric Affairs